Spring 2015 I worked directly under Dave Goode, owner and CEO of Goode Ski Technologies (GST). GST is an innovative carbon fiber sporting hard goods manufacturer of snow skis, water skis and ski poles. Dave was the first person to use carbon fiber to build multiple production models of snow skis, waterskis and poles in the world. This major innovation has helped him to grow his company to become a known name around the world. GST is not one of the top names in the industry but the sales numbers prove that it is a major player in the market. Dave has been an entrepreneur since he retired from the US Ski Team when he was 19 years old. Since then GST has been running for 41 years without business interruptions. Having the opportunity to learn from such a successful entrepreneur and innovator is a priceless opportunity I would not replace. While I was working under Dave we tackled numerous projects to take the companies products and factory to the next level. Our first project was to prototype the new custom pole line to go with our custom snow skis. This project took two weeks to nail the process and have a final product that was acceptable to send to market. During this project we were constantly changing steps in the process that resulted in a very frustrating two weeks. It seemed like we would take two steps forward and somehow end up six steps backwards. I learned very fast that prototyping is not for the faint hearted; it takes a lot of determination and stamina. Some of the days we worked long into the night because we were getting close. Finally we nailed the final product just in time for the Snowsports Industries of America tradeshow in Denver Colorado. I was able to join GST for the trip to see the sales side of the business. This was the most rewarding part of the two weeks prior of prototyping, seeing all of the customers raving over the custom poles. Some of our designs included a wood grain, Tasmanian devil, and ski resort specific designs. The most popular was the Wood grain that a lot of the women distributors raved over. One of the distributors, Christy Sports ordered 250 pair of them on site. After SIA we were on to the second prototype project, the new model of waterskis for the upcoming season. The new ski is a revolutionary concept of adding a new flex to the ski. Traditionally a ski has longitudinal and torsional flex we wanted to add a new flex, lateral. The plan was to make the back finbox turn like a rudder in the water. Dave spent hours doing all of the engineering and physics behind the ski; I helped with the building of the new skis. This project took two and a half months before we had a ski for production. Over the course of those two months we built over 25 different versions of the ski for testing. Skis were sent to two of our professional skiers for testing as well. The results were successful and today we are in a full production cycle of the ski for this season. These experiences working under Dave as an entrepreneurship student and hopeful entrepreneur have been irreplaceable. 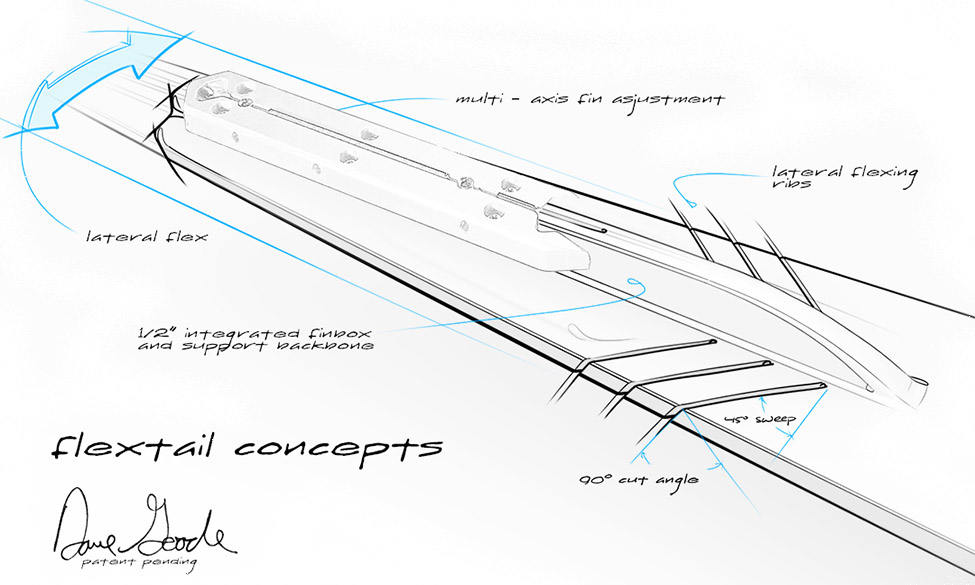